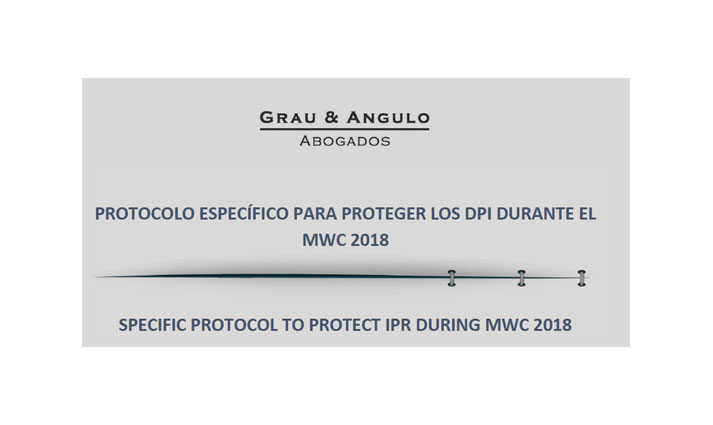 A new edition of the Mobile World Congress (MWC), the world’s most important event in the mobile communications industry, will be held in Barcelona from 26th February to 1st March, 2018.

Foreseeing possible conflicts that may exist between the companies participating in the event, the Panel of Judges of the Commercial Courts of Barcelona have agreed, for the fourth consecutive year, to adopt a specific Protocol of guard service and fast action which contains effective measures to protect technology patents, industrial designs, trademarks, copyrights and unfair competition and unlawful advertising acts in relation to products and materials which are on display at the MWC.